Sometimes a few hours drive is not enough to pass proper judgement on a car and while it is enough for a first drive verdict, the real test is when you spend a few days or weeks with the car to see how easily or not-to-easily it slips into your life.

We recently spent some time with the Sonet iMT turbo petrol to see how good this new compact SUV really is. There is a lot of hype and that has translated to very strong demand as currently it is the best selling compact SUV. First of all I really like the looks and that is the clear USP of the car as even in this colour, which is not my favourite, it still drew attention. You need to get the Sonet in GT line spec though as the red accents and the big wheels adds to the look. The design is spot-on and that is difficult since compact SUVs need to be below a certain length and that hampers the proportions- not here as in my opinion it looks even better than its Seltos sibling! The sculpted lines, wraparound treatment, the tiger nose grille and all the SUV design details being crammed in makes for a good looking SUV. 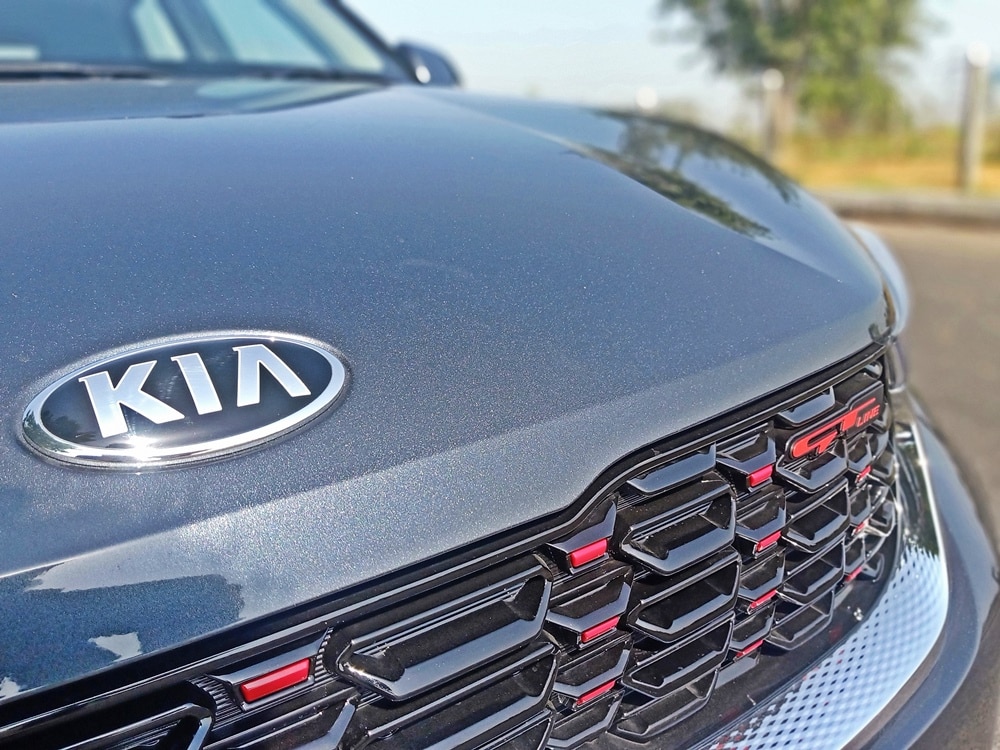 Inside, after living with the car, the Sonet seemed basically like a Seltos with a few features taken off. The quality levels are impressive and that is important as the Sonet does not feel like a compact SUV from inside and by that I mean very few corners have been cut. It does not look cheap or the quality has not been downgraded from the Seltos. Everything you touch like the steering wheel plus the buttons and yes the huge touch-screen feels nice to use. The steering does not get reach adjustment as it is only rake but I did not find the driving position being of any problem. Comfort is also well looked at in the front seats while the rear is a bit short on space for a tall person me though it is decent for two. 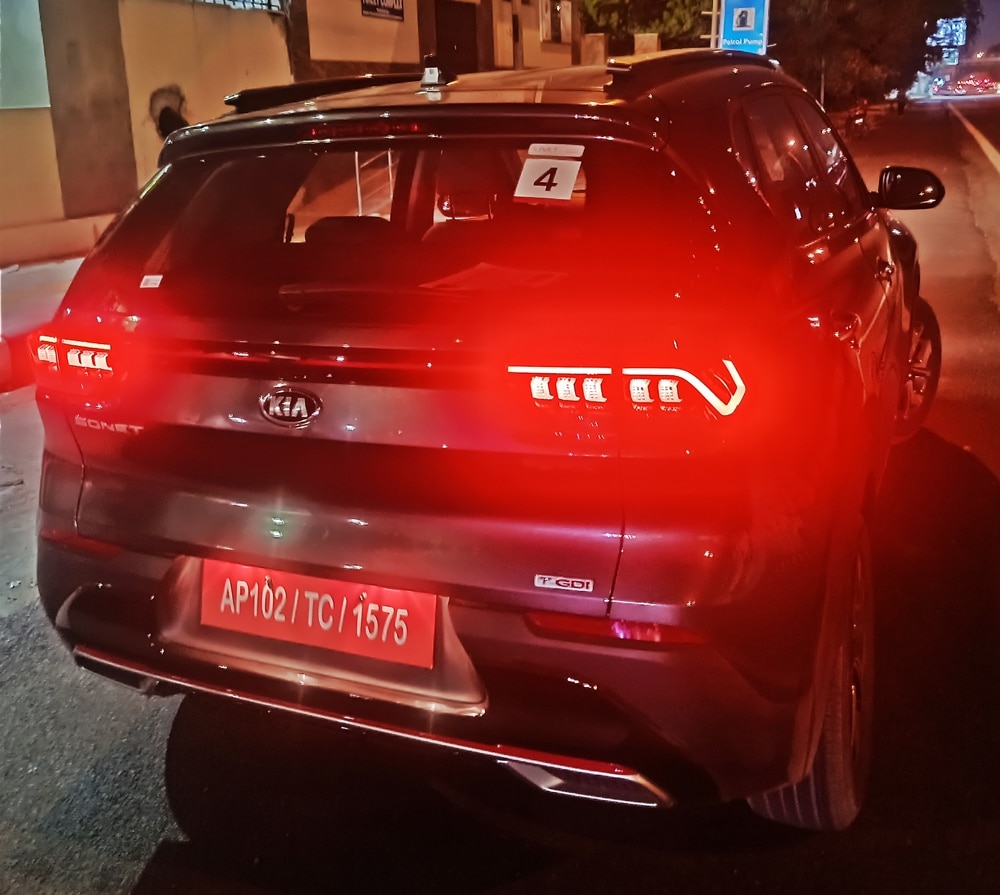 Few things I did use with my time with the Sonet was the voice assistant feature which works well and the 7-speaker Bose audio system which sounds really good. I like the fact that it has pretty much everything that the Seltos offers save for a few features and the ventilated seats, air purifier and wireless charging were useful for me. Oh and the front parking sensors along with a crisp rear-camera plus the big screen helped me park the Sonet in really tight spots easily. 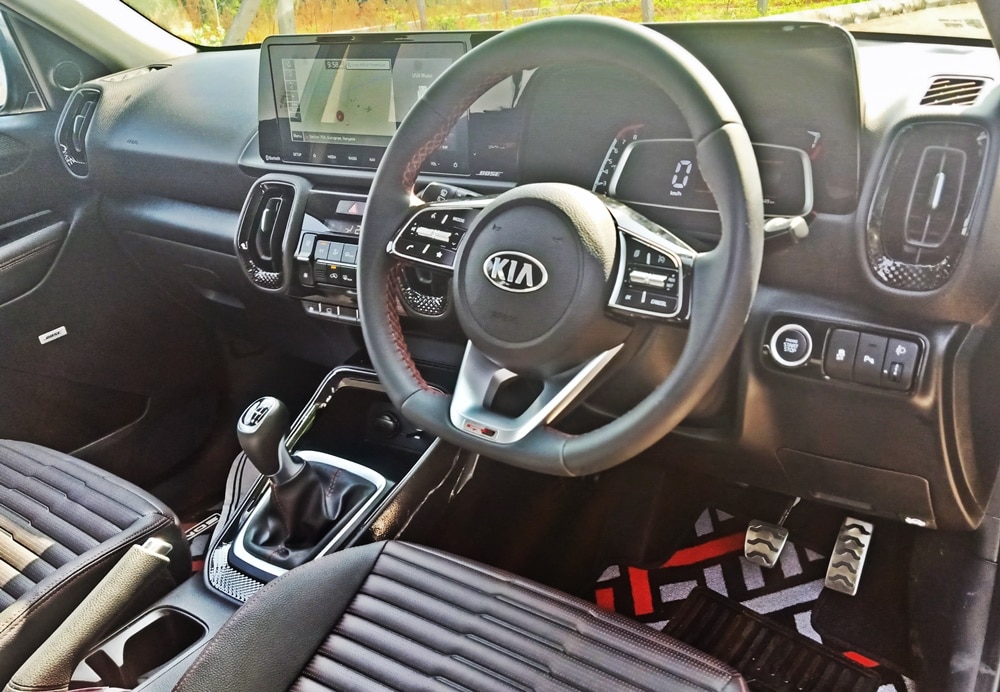 Now onto the real test. The Sonet turbo-petrol is available either with an iMT or a DCT. We chose the iMT since it is cheaper than the DCT by a considerable margin and wanted to test whether the “manual without a clutch” tagline actually does make your driving less stressful. The 3-cylinder noise is well compressed and in the time I had it was not a bother but back to the iMT and you drive just like a manual but without your left foot being used. It feels a bit weird but you get used to it. Do not think of it as an AMT and you have to drive like a proper manual which means start it in neutral and shift properly. 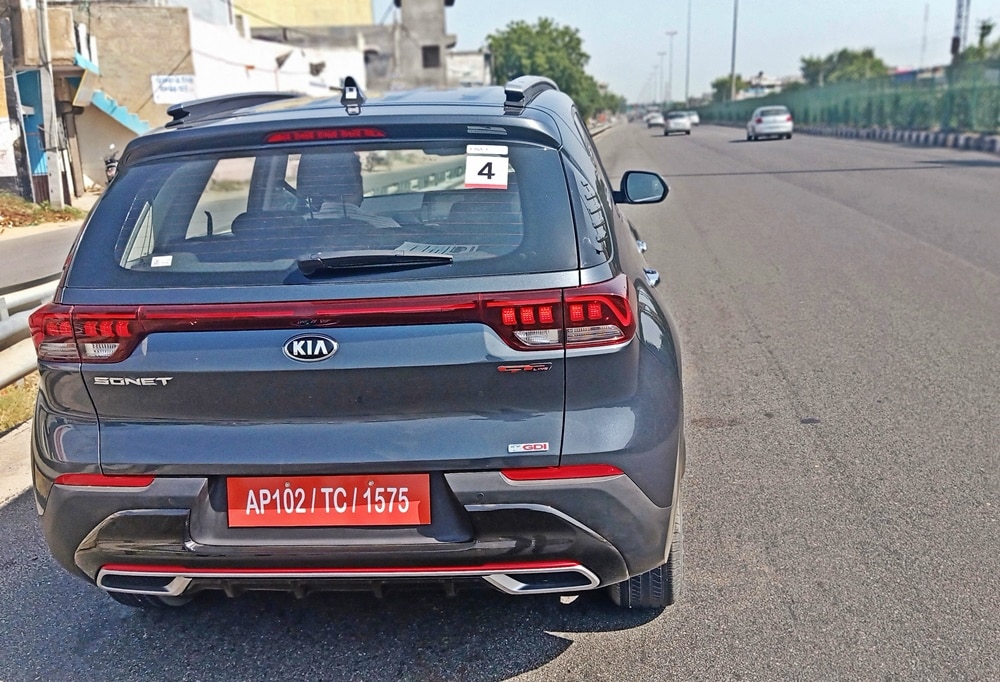 If you do not downshift you will get a beep but it eventually engages the clutch while it will not stall. So expensive clutch repair in stop-go traffic is a problem which is avoided. It also corrects poor driving and slightly blurs the gap between a manual and an automatic but leaving some key aspects of a manual untouched. You can rev it like a manual however the thing I noticed after pushing the car is that, the gears have some lag in the way they shift and if in a hurry you notice the slight delay when you slot the gear you want. You cannot use it the way you do with a manual when properly pushing it but that is only a negligible amount of time as mostly in traffic or cruising, it is like a manual but without a clutch.

Over the time I had, I grew to like the system and work my way around it to drive it fast but mostly in traffic the gears are not heavy to slot and neither is the power delivery jerky. It is generally smooth and this turbo petrol has good torque which means city driving is nearly as painless as an auto. The mileage of the Sonet iMT though is better than the DCT and is a wee bit more efficient. We got roughly 12/13 kmpl with spirited driving and city driving along with the odd highway run thrown in. We bet with a proper manual the mileage would have been lower. Lastly we felt the ride to be a bit firm for the city while it felt very much at ease at higher speeds on the highway. The Sonet is tuned for being sporty like all Kia cars and while body roll is there, the grip and overall composure is right up there with the class best. The steering is well sorted too! (though still very light) and it likes enthusiastic driving overall. During a short road trip with it, we clocked triple digit speeds and the Sonet happily stayed there with good cruising ability. The engine is best used for its strong mid-range and while the DCT is quicker overall, the iMT feels more connected as you are more involved- especially since the DCT misses out on paddle-shifters. 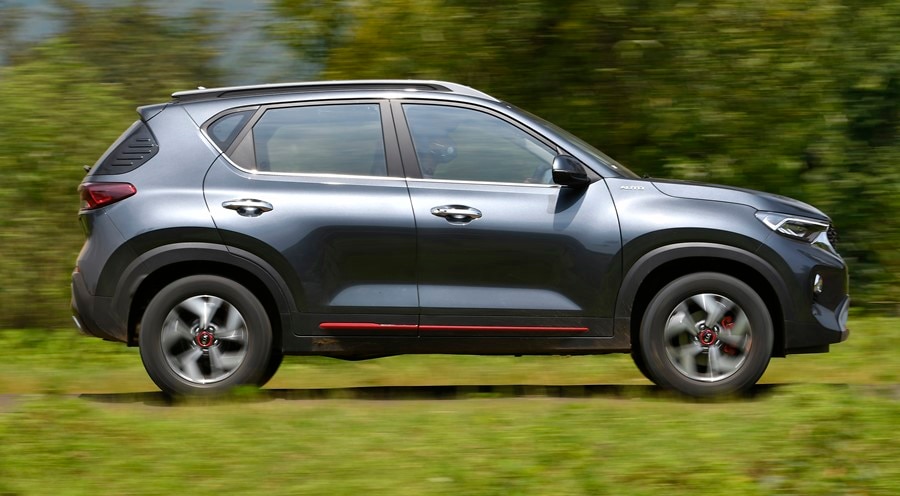 The Sonet overall is a lovely second product that only strengthens the Kia range albeit this time Kia was not as aggressive with the pricing. That said they chose to stuff it with features and add in a level of premiumness that more expensive SUVs have. The Sonet is basically a Seltos for much less but it has its own personality too. It is not cheap and at Rs 12 lakh starting for the GTX Plus iMT, it is slightly expensive but worth the money. After living with it, the looks, quality, features and the driving experience lived up to the hype though the rear seat is not spacious and you pay for what you get. The DCT is even pricier which means we like the iMT Sonet more- both in terms of value and driving experience. Do note the HTX iMT is two lakhs cheaper but the GT line just looks so much better to our eyes and it is the one we would go for, budget permitting.

Overall the Sonet is a premium compact SUV that gets you what you pay for and does what it says. Simple.

What we do not– Expensive, rear seat space

Case Against 10 Delhi Mosque Event Attendees, 3 Men For Sheltering Them In Uttar Pradesh

In a major blow to the farmers’ protests, going on in the outskirts of the national capital for nearly two